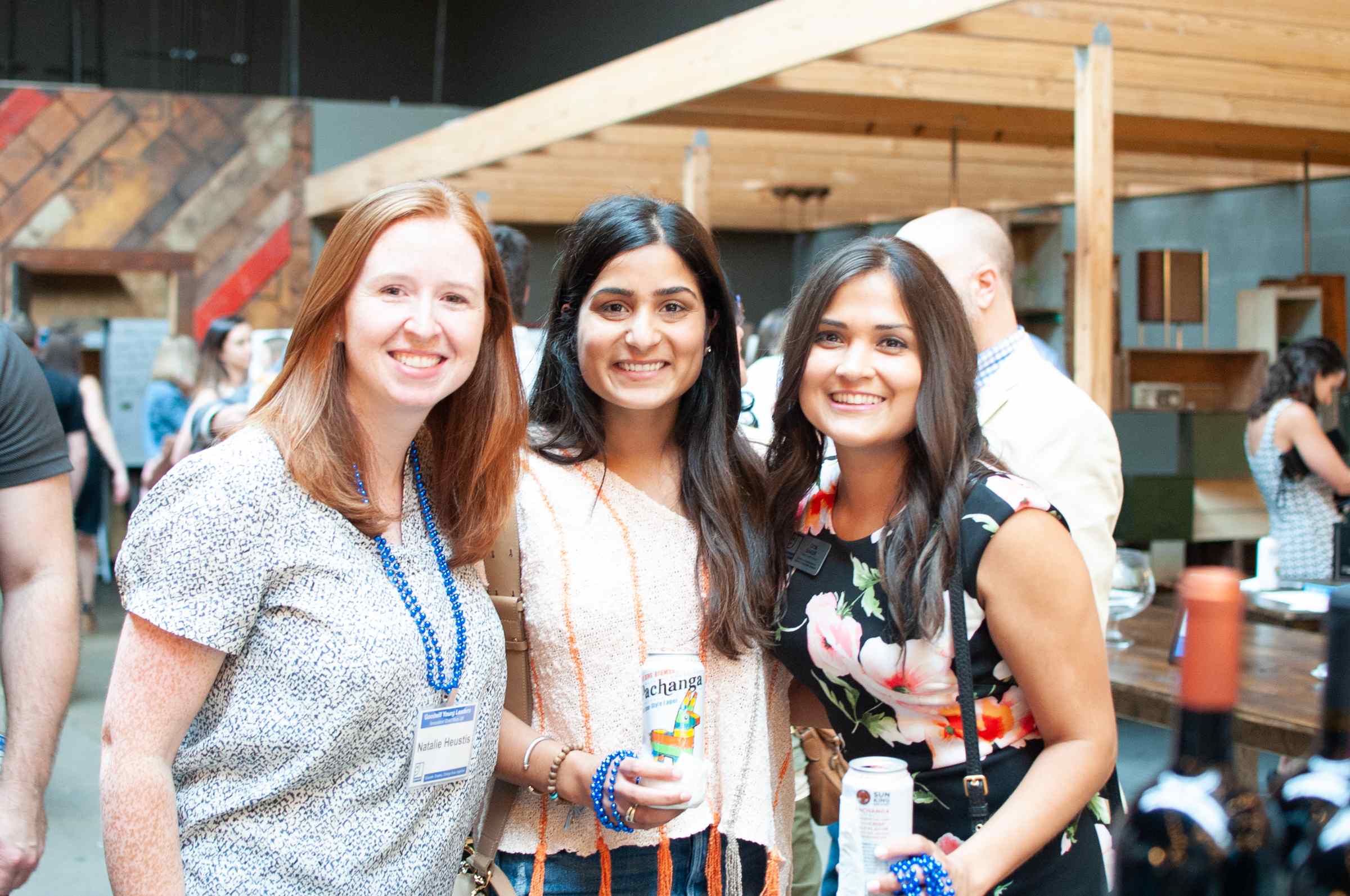 In the early Spring of 2020, the Goodwill Young Leaders Board was looking forward to their signature fundraising event. Building on the success of previous years, board members were eagerly anticipating a night of clinking glasses, nibbling appetizers, and celebrating a year of hard work supporting Goodwill of Central & Southern Indiana’s mission with their invited guests. But of course, you know what happened next.

END_OF_DOCUMENT_TOKEN_TO_BE_REPLACED 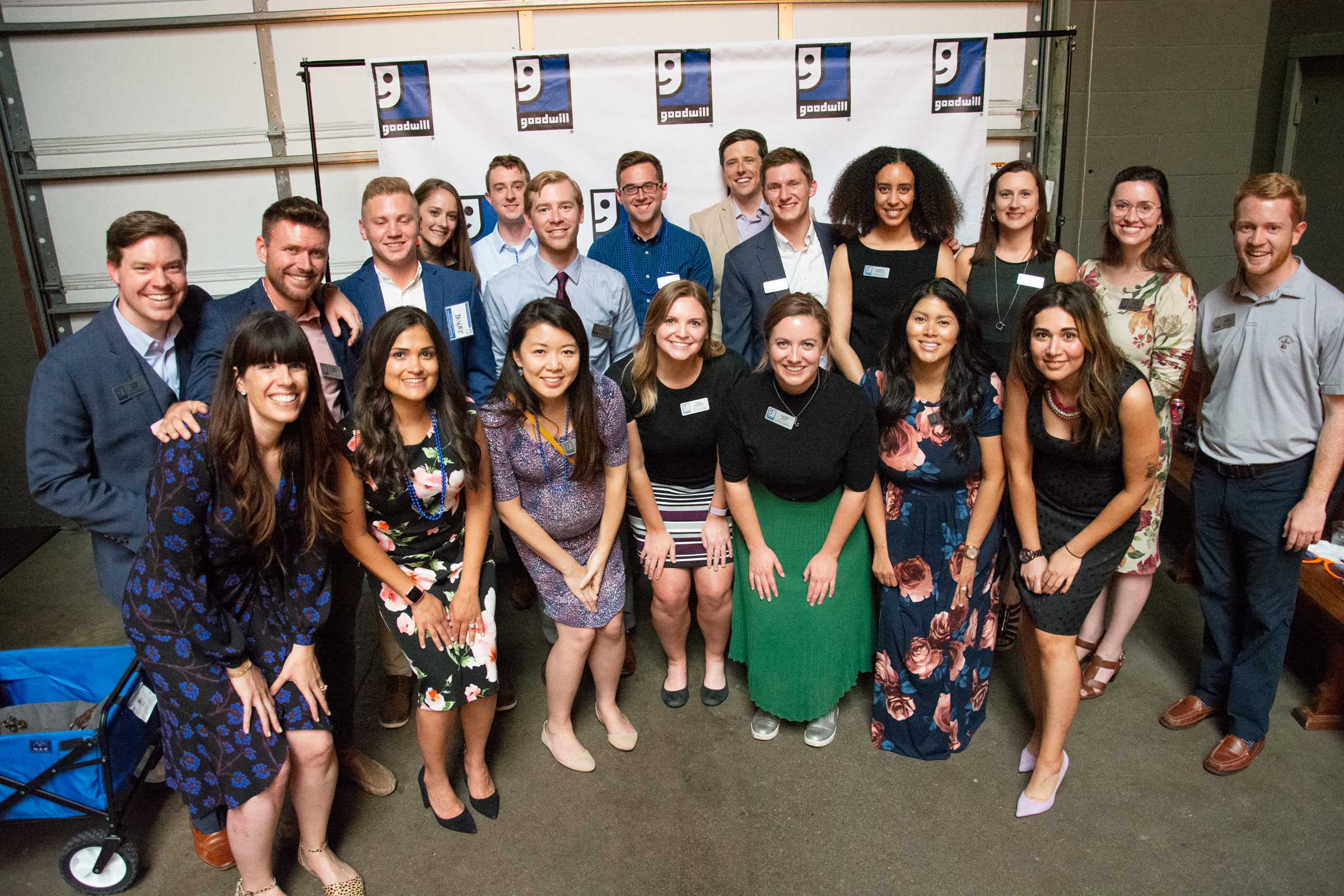 Reflections of a Goodwill Young Leader

If you have ever started anything new in your life, you know that the first step comes with mixed emotions — excitement, anxiety, even fear. In 2014, as a group of about 15 young professionals looked to launch Goodwill of Central & Southern Indiana’s first-ever Young Leaders Board, we certainly felt that mix of emotions. We had clear objectives — we wanted to create a board focused on building the future philanthropic leaders of Goodwill and sharing the mission of Goodwill with social circles that did not know much about the organization. Over the last six years, we have stayed true to that vision, but our board has done more than any of us could have imagined back in 2014.

END_OF_DOCUMENT_TOKEN_TO_BE_REPLACED 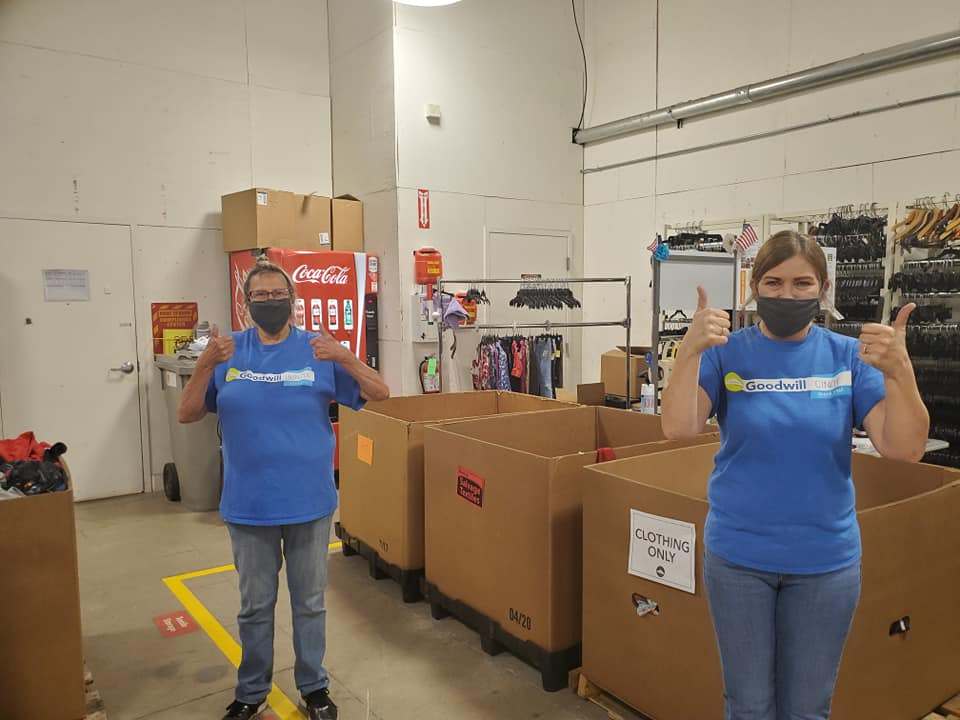 A Special Message from Goodwill’s Board Chairs

Kent A. Kramer, President and CEO of Goodwill of Central & Southern Indiana, discusses Goodwill’s current priorities and what comes next for the organization with the chairs of Goodwill’s three boards of directors.

END_OF_DOCUMENT_TOKEN_TO_BE_REPLACED

Matt Carter, Vice President of Destination Development and Executive Director of Music Crossroads at Visit Indy, and treasurer of the Goodwill Foundation of Central & Southern Indiana, discusses why multiple generations of his family have supported Goodwill.

END_OF_DOCUMENT_TOKEN_TO_BE_REPLACED

Goodwill Competes for $10,000 in Brackets for Good Tournament

Goodwill Foundation of Central & Southern Indiana has been selected from more than 2,000 charitable organizations across the country to compete among 64 Indiana nonprofits for a chance to win $10,000. Brackets For Good is an Indianapolis-based 501(c)3 charitable organization that pairs corporate and nonprofit sponsors to host online bracket-style fundraising tournaments. Goodwill needs your support to advance in this single-elimination fundraising tournament by making a donation.

END_OF_DOCUMENT_TOKEN_TO_BE_REPLACED In July 2017, Goodwill of Central & Southern Indiana awarded nearly $60,000 in scholarships to 22 employees, graduates and program participants to help them overcome barriers to pursuing higher education. One recipient, Nina Sharp, had enrolled at The Excel Center®, Goodwill’s high school for adults, after dropping out 17 years earlier.

END_OF_DOCUMENT_TOKEN_TO_BE_REPLACED Hey Jeff, about that request for ideas...

Recently, Jeff Bezos tweeted to the world a “request for ideas…” and has received more than 43,000 responses.

It is no surprise to any philanthropic individual that Mr. Bezos may be conflicted about which organization is most deserving of his donation. Like any good investor, he would like his investment to have . In his tweet he talks about his desire to help people in the “here and now” as well as “the short term,” but at the same time wants his investment to have a lasting impact. Therein lies the struggle

I have a proposal for altruistic individuals such as Mr. Bezos— looking to satisfy that desire for helping in the here and now, but with a lasting impact. Give adults the chance to earn their high school diploma and a certification, empowering them to secure a living wage, and breaking the cycle of generational poverty.

Thirty million adults in the U.S. lack a high school diploma and more than 3 million people drop out annually. This persistent problem leaves a significant portion of the population unprepared to succeed in the 21st-century workforce and increasingly difficult to earn family-sustaining wages. Nearly two-thirds of adults who do not complete high school living in poverty. This population is more likely to require government assistance and is eight times more likely to be incarcerated than high school graduates. These difficulties not only affect the but also their children, and communities.

The Excel Center is a unique, tuition-free public high school, providing adults who previously dropped out the opportunity to in their education.Students complete a rigorous curriculum to earn a Core 40 and receive future-focused guidance and support toward a postsecondary education or career-enhancing certification.The Excel Center operates on 8-week terms, accelerating the pace of coursework - creating quick wins and fast completion of course requirements. Open enrollment periods several times a year allow adults to begin pursuing their diploma sooner rather than later.

To you, Jeff Bezos, we extend an invitation to explore our proposal. Determine if changing the trajectory of a family’s future through education is a good fit for your own philanthropic activity.  You help the here and now by providing an adult the opportunity to graduate high school and gain a better career.In the long term, you’re helping set their children on the path of higher education and higher earnings, effectively making a generational impact on the world you live in, not to mention, increasing the purchasing power of your future Amazon and Whole Foods shoppers.

END_OF_DOCUMENT_TOKEN_TO_BE_REPLACED Goodwill Young Leaders is comprised of professionals with diverse backgrounds and experiences who support and promote Goodwill's mission services in central and southern Indiana. They receive in depth tours of Goodwill behind the scenes and learn what Goodwill does and why it is so much more than a Goodwill Store. One of our newest Young Leaders is Gita Turnbull. We took a moment to ask her a little about her experience so far.