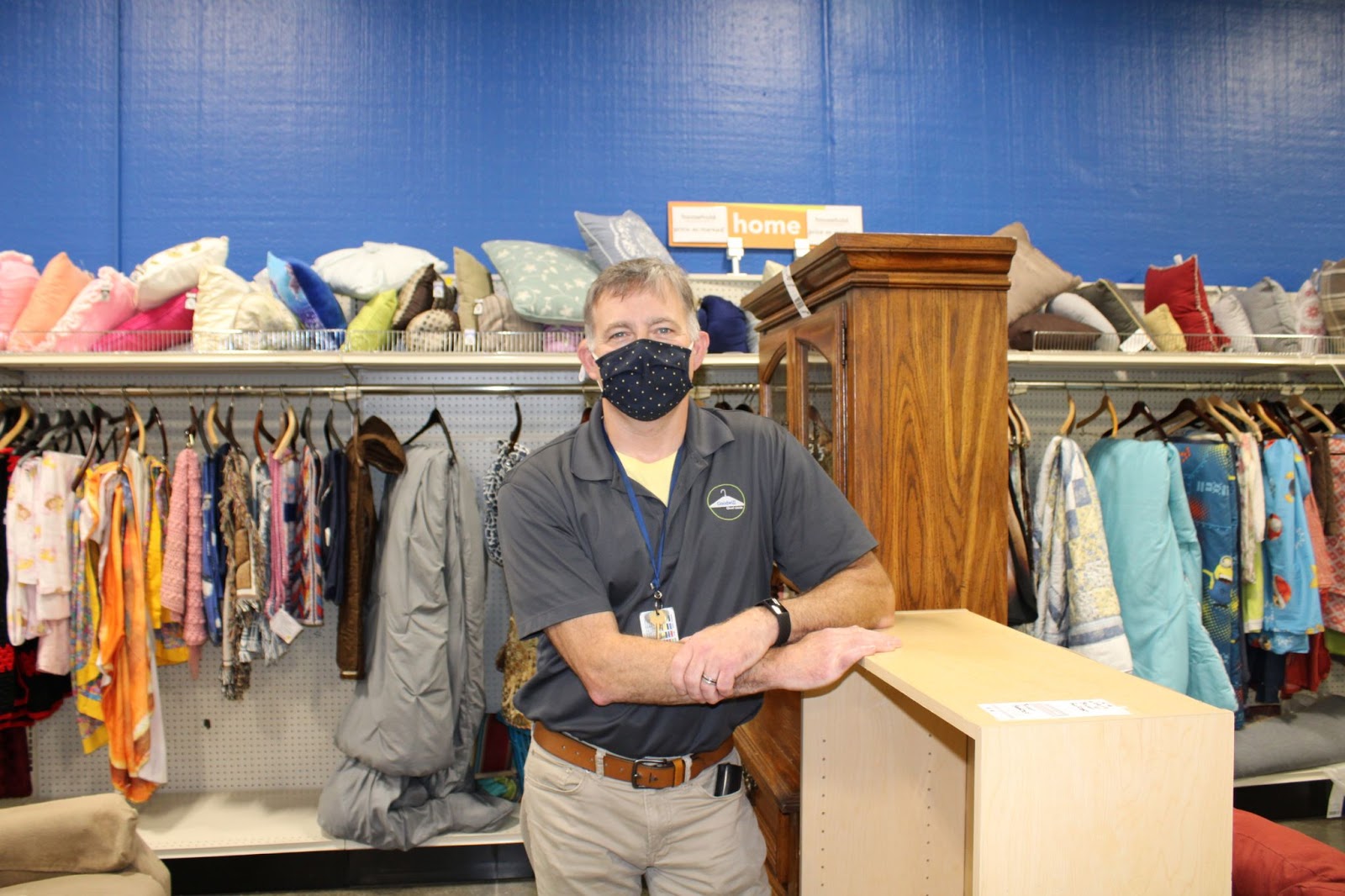 Robert Ford and his two children all work with Goodwill’s retail division at different locations. His adopted son, Avery Ford, works as a Sales Floor Associate and his step-daughter, Kelsie Carter, works as a Team Lead.

Robert grew up in a small town in Ohio, went to college on an ROTC scholarship and served in the United States Air Force as an intercontinental ballistic missile launch officer at the age of 24. From there he began working in industrial and pharmaceutical sales, then moved to General Electric (GE) test centers, earning a Six Sigma black belt certification in product management.

Robert was always highly motivated to work. However, he was also experiencing alcoholism, causing him to lose a series of jobs and eventually, his house. Robert, his wife and his son Avery moved from Wyoming to Indianapolis in January 2014, where Robert was convicted of domestic abuse and the family experienced homelessness for a short time. Because of his conviction, Robert had a hard time finding work.

“[Goodwill] allowed me to work,” said Robert.”They gave me a job when not a lot of people would.”

In December of 2019, Robert’s friend told him about Goodwill retail and he was hired as an hourly associate working at the donation door. He was promoted to Team Leader one month before the pandemic and was just recently promoted again in March. He doesn't plan on moving anytime soon.

“I hold Goodwill’s mission near to my heart because for the first time in my life, I can actually defer my competitive nature to some compassion, because we're here to serve,” said Robert.

After spending some time working at Goodwill, Robert referred both his children to the organization. His adopted son, Avery, started working at the Goodwill retail location on South Meridian in Indianapolis as his first official job in October 2020.

“It's kinda cool to work in the same area as my dad,” said Avery.

Avery just recently graduated high school, earning a year and a half of credits in the last eight weeks of school. He hopes to continue working with Goodwill and is looking to continue his education, focusing on fields of pharmacy, education or carpentry.

“I have grown up thinking that getting a job isn't fun,” said Avery. “To me it's been the exact opposite. I like my bosses a lot.” 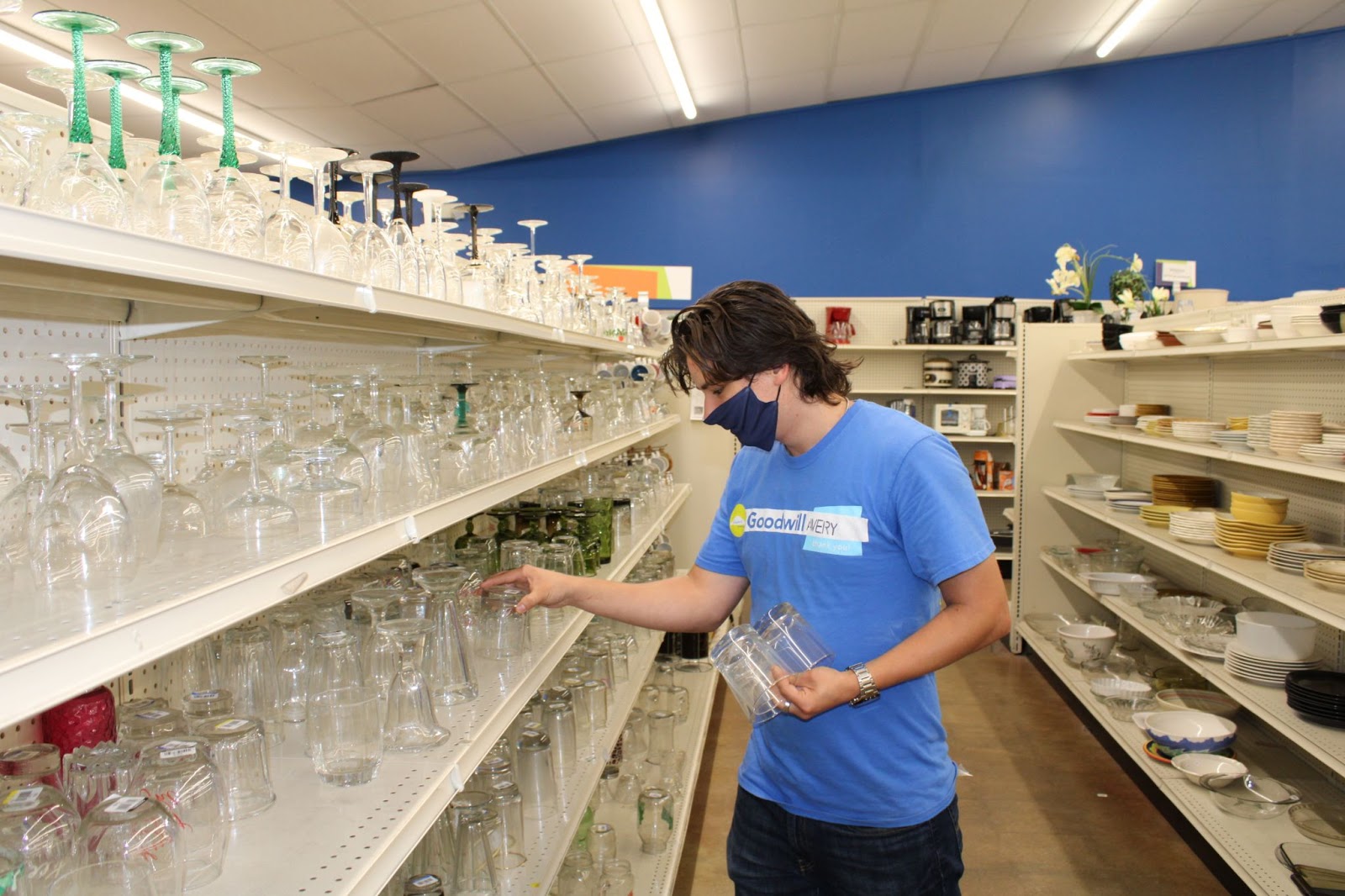 Kelsie, Robert’s stepdaughter, is a full-time college student at the University of Central Florida, completing online coursework to earn a degree in anthropology. In addition to attending classes, Kelsie also works full-time. After dealing with a toxic work environment from her previous job, Robert suggested Kelsie apply to Goodwill.

“No company is perfect, but to see a company with the kinds of values Goodwill has is incredible,” stated Kelsie. “My dad encouraged me to consider changing jobs to Goodwill because he knew it would be a place I could grow and I could find support for my goals.”

For the past two months Kelsie has been working as a Team Lead for the Goodwill retail location at Emerson Avenue in Indianapolis. She hopes to move up in her role at Goodwill and continue her education after she graduates in December.

“The biggest lesson I've learned from my dad is to be willing to adjust your world to succeed,” said Kelsie. “He has overcome so many obstacles in life and always comes out on top.”

Although Robert has experienced challenges in the past, he has been able to work through and overcome them, and is teaching this strength and dedication to his children. Robert is now five years sober, regularly attends AA meetings and consistently steps up as a role model and father for his children. Robert’s favorite part of being a father are the hugs and love he receives from his children and seeing his children pursue their dreams.