As Daesha Cottrell nears the end of her senior year at Indianapolis Metropolitan High School, she is raising the bar for students who follow in her footsteps, exemplifying leadership, while preparing for college and beyond. 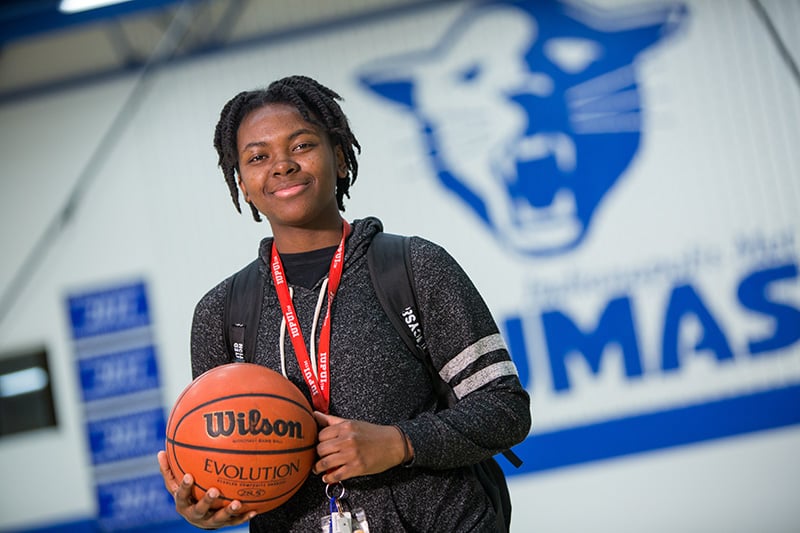 Daesha maintains a 3.85 GPA and is involved in several extracurricular activities, including volleyball, basketball, and track and field. Daesha has a passion for American Sign Language (ASL), in which she is mostly self-taught. She worked with the school to launch a course on ASL — partially because she wanted to learn more, but also because she wanted others to communicate with. 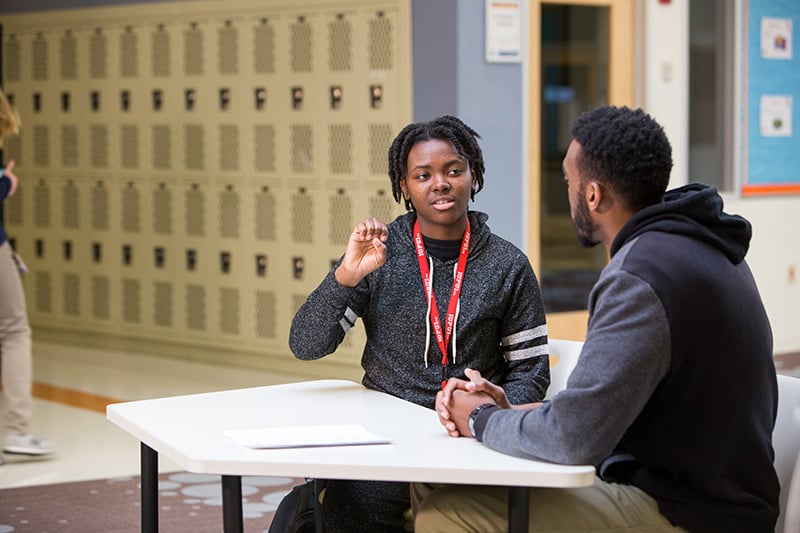 “I’m passionate about sign language because I want to break down the communication barrier between the deaf and hearing,” Daesha said.

She also works at Puma Sips, the school’s student-run coffee shop, and participated in Jobs for America’s Graduates (JAG) — a program that helps students determine whether they’ll go to college, enter the workforce or join the military after high school. 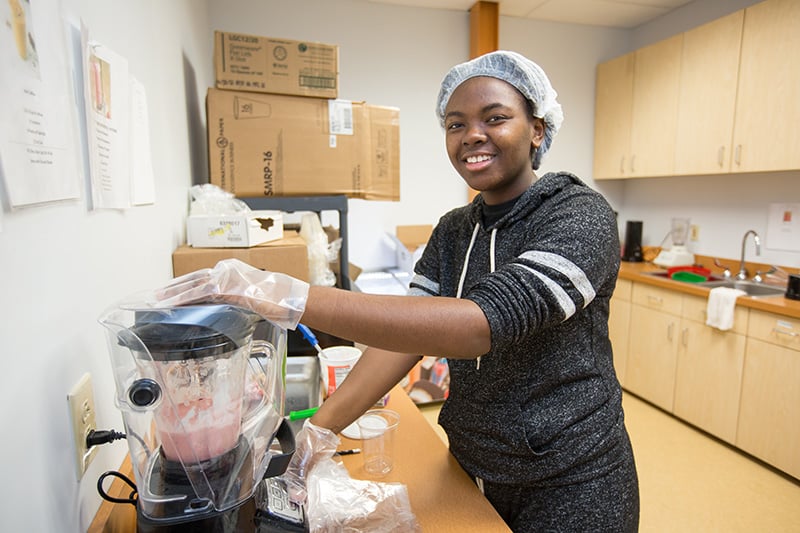 “I told the JAG administrators I was interested in ASL, and they matched me with an internship,” Daesha said. “It cemented my passion for sign language.”

In addition, Daesha is a 21st Century Scholar — a program that provides Indiana students up to four years of undergraduate tuition. She represented her school in Washington, D.C. at the Close Up civic engagement camp and is also taking a college course at IUPUI. She plans to attend Indiana University and to pursue a career as an ASL interpreter.

“Daesha has excelled in so many ways, but what really sets her apart is her sensitive, caring nature,” said Mark Radke, Daesha’s pastor. “I have no doubt she will end up working in a capacity that allows her to help others.”