Partnering with Google for The Hour of Code

On December 6, 2018, history was made. The Excel Center®, Goodwill’s high school for adults, hosted their very first Hour of Code at several of its campuses. At the West 34th Street location, around 30 students took time out of their class schedule to learn computer programming— for most of them, it was their first time coding. 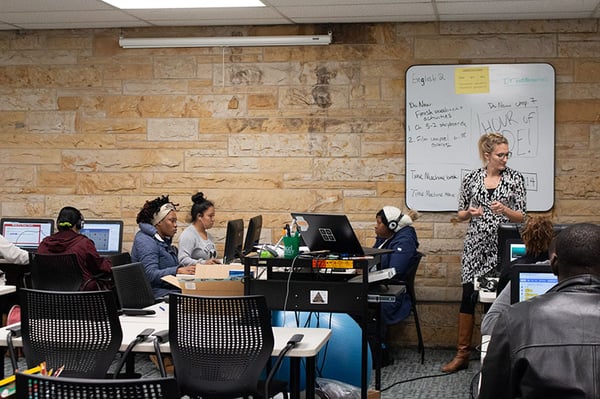 The Hour of Code is a one-hour introduction to computer science that has become a global phenomenon. According to Hourofcode.com, over 10 million students worldwide have participated in the Hour of Code. This year, students of The Excel Center created a project called “An Unusual Discovery,” distributed by Google. In this project, students create a program that responds to user input. Morgan Hill, a current Excel Center student, participated in this year’s Hour of Code.

“I thought that the Hour of Code was very interesting,” Morgan said. “I especially liked how we entered the wording into the computer, and it had to connect like a puzzle.”

Morgan, who is projected to graduate in October 2019, is interested in future coding opportunities because of the Hour of Code experience.

“If they made the Hour of Code into a regular class, that would be very awesome,” Morgan said. “I would like to continue practicing this skill because it’s so unique.”

Since the event, many Excel Center students have asked when there would be another opportunity for them to learn code. Currently, The Excel Center offers the CompTIA IT Fundamentals certification, which is a course that teaches foundational IT concepts including identifying and explaining computer components, installing software, establishing network connectivity and preventing security risks. 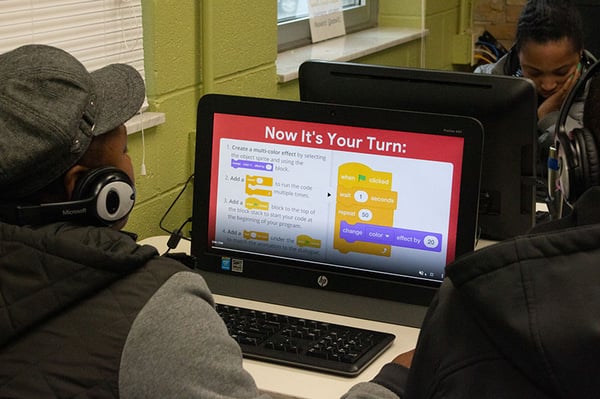 “Our partnership with Google has led to many positive outcomes across our organization,” said Betsy Delgado, Vice President of Mission and Education at Goodwill. “The Hour of Code is yet another example of how Google encourages innovation and provides our students an opportunity to unlock skill sets they didn’t know they had until now.”

The Hour of Code was considered a success at The Excel Center West Indianapolis campus as well as other campuses across Indiana to both our students and staff alike.