My First Time at a Goodwill Outlet

It has become a tradition to send the Goodwill marketing interns to the Goodwill Outlet for their first shopping experience, requesting they report back with any tips, tricks and noteworthy findings.  This past summer's intern, Scott Crabb, went to visit one of our Goodwill Outlets. We armed him with gloves and the ever-important rule of "don't touch anything until all the bins are together." 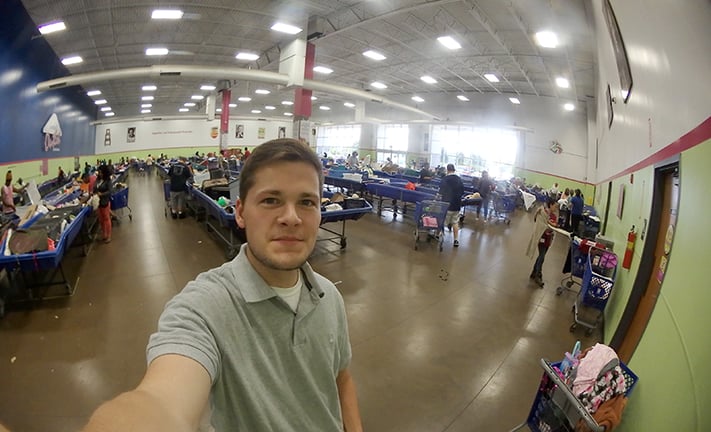 My first Goodwill Outlet shopping experience was on a mid-summer's Wednesday morning.  Even though it was almost 90 degrees outside,  bargain hunters were undeterred and out in force, searching for treasures. The parking lot was packed. I was a little skeptical of what I might find at the Goodwill Outlet since I had never shopped at one, but after reading the blogs of my predecessors, Alix, Allie (2012) and Bria (2015), my interest was piqued.

My first thought after stepping inside was, "this is massive." Despite the number of people, everything was calm. The shoppers were casually browsing the bins dotting the store. In the Outlet stores, the floor is filled with these 5'x8’ bins that contain nearly every kind of item that didn’t sell after six weeks in a Goodwill retail store. The other way they could have landed in the bins was by being marked "salvage" at the donation door of a retail store. As the saying goes, "one man's trash is another man's treasure." I didn't waste any time diving in. 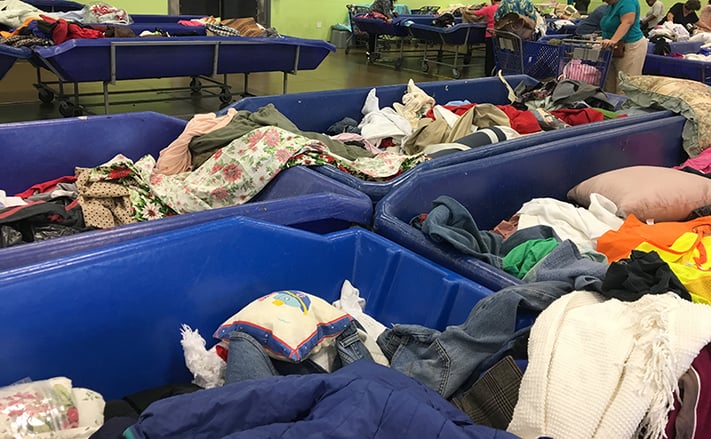 The bins were loosely organized with clothes on one side of the outlet and housewares, furniture, and other miscellaneous items on the other side.  I enjoy collecting vintage items and spent most of my time with the miscellaneous bins.

Many of the bins were full of stuff that could have been pitched, in my opinion.  I could not imagine most of the items had any value, including printers without power cords and one rail of a bed frame. Random corners of the bins had collected sand and dirt. However, to my surprise, there were also a lot of great items.  I spotted five full sets of nice golf clubs, brand name shoes (some of them were even paired!) and classic vinyl records. I was also surprised to see that a lot of the items I considered garbage were filling the carts of other shoppers. Clearly they saw value in the items that I did not. 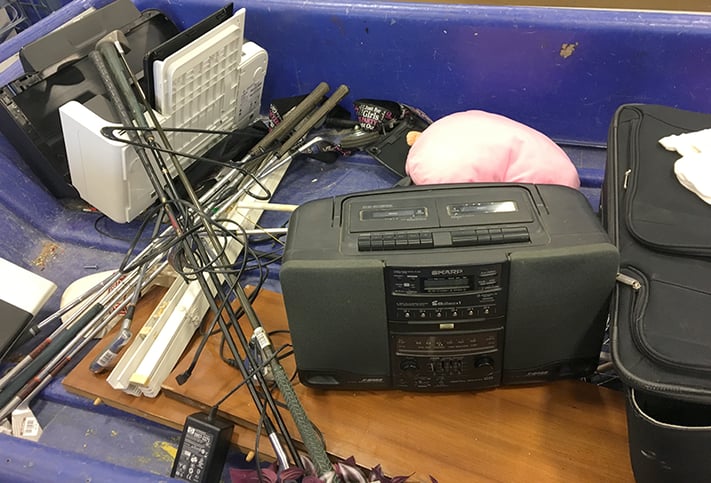 Just as I was starting to enjoy this calm, bargain-hunting environment, they announced a new rotation which meant they were bringing out new bins.  Some people went to the sides of the store and waited for the new bins to roll in. Others perched right on the line where they knew the new bins would come like some sort of bargain-hawk waiting for their prey. The employees cautioned people to keep their hands away from the bins as they rolled them in. I can see why—no one needs pinched fingers. Once the last bin of a section was rolled in everyone went nuts! People were flying through the bins searching for whatever it is they were specifically looking for. It was a sight to see. 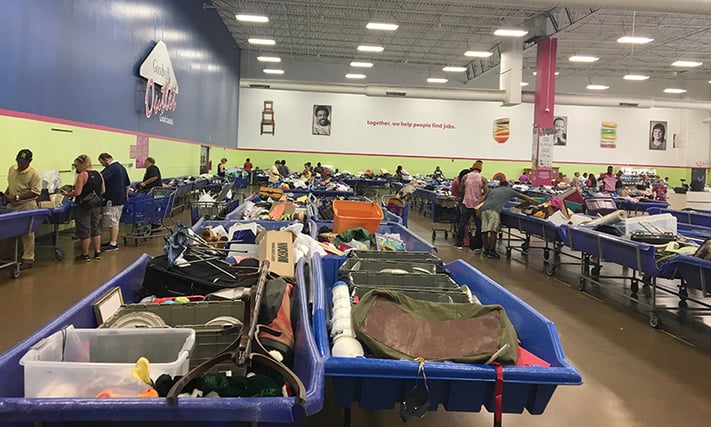 I observed multiple types of shoppers at the Outlet. The first was the bargain hunter who was simply shopping for things they would find at other retail stores, but for a fraction of the price (items are sold by the pound). The next type of shopper appeared to be resellers. For example,  one such shopper only seemed interested in records and snatched up any record they saw—sort of a grab now, look later approach.

Overall, I did enjoy my first experience shopping at the Goodwill Outlet.  It was a little too intense for me to do all of my shopping there but I applaud those who do. I came out of the experience with a few glassware items that I will take with me to school and a whole new understanding of what real bargain shopping can look like.