From Burma to Indy: A Young Mother Perseveres 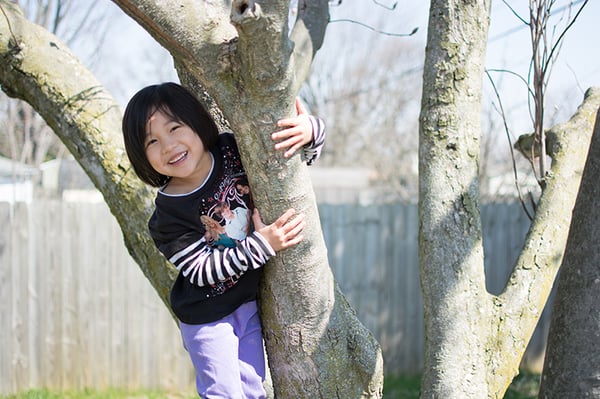 Grace is a typical 5-year-old who likes to play dress up and watch cartoons on YouTube. She’s healthy, has lots of friends and has hit every developmental milestone since infancy. She’s eager to start kindergarten. Each of these things is a small miracle given that her mother’s journey to Indianapolis began 20 years ago and more than 8,000 miles away.

Grace lives with her mother, Roe Bee, 22, and her grandmother Thay Pray, along with Thay Pray’s five other children who range in age from 11–27. 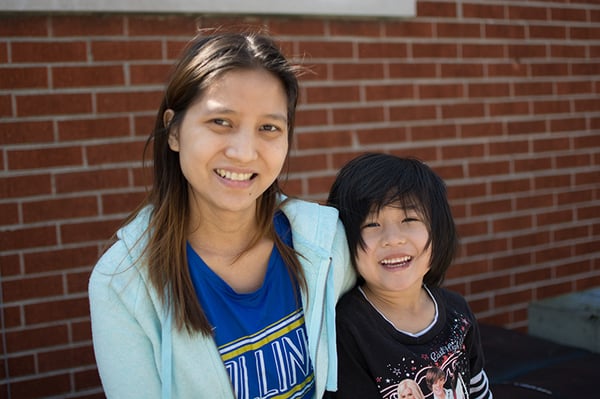 Roe Bee was only 2 years old—and her brother age-5—when her mother fled war-torn Burma (now Myanmar) with the clothes on her back. Thay Pray says they walked about a month with no shoes and it was “very, very difficult.” There were thousands making the journey and many died from starvation, exhaustion and sickness, including Thay Pray’s father.

Roe Bee would live in a refugee camp for the next 15 years before her family—which had grown to six children during that time—was finally able to come to the United States with help from the United Nations. She was 17 years old and had been in the U.S. for a few short months when she learned she was pregnant. That’s when she was referred to Goodwill’s Nurse-Family Partnership®.

She was a teenager, spoke no English, had no education and was going to have a baby.

“Roe Bee is an amazing young woman and mother. She has overcome so many obstacles and barriers related to language, age of becoming a mom, health, refugee, and learning a whole new way of life here in the USA,” said Lisa Sledge, nurse home visitor.

“She did all of this with fewer resources available to her compared to others in her situation. She has been able to and continues to raise a very smart 5-year-old daughter. Her and her family’s strength and perseverance is inspiring,” she added.

Roe Bee continued working with Andrea Voisard, NFP Guide, once Grace turned 2. In October 2017, she joined 19 other mothers at a celebration for completing a three-year follow-up program. During that time, Andrea helped Roe Bee lay the groundwork for U.S. citizenship, and it was granted last month.

“We’ve had the chance to work with this family for the past five years. Grace starting kindergarten and Roe Bee acquiring U.S. citizenship status brings it all full circle. This story could have turned out very differently were it not for the many organizations that helped this young family become stable,” Andrea said. 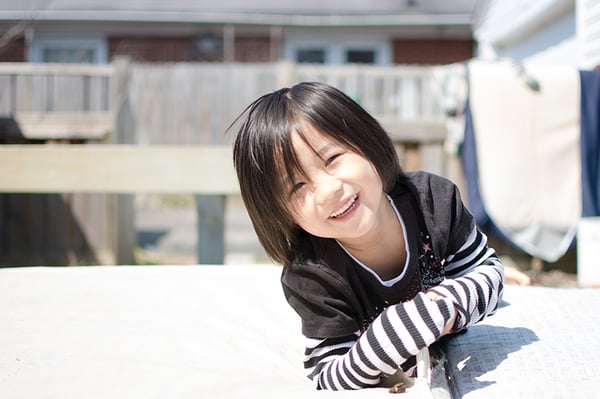 NFP works with interpreters trained in medical interpretation who attend home visits for our non-English speaking clients. In 2017, this was made possible by a grant from The Glick Fund, a Fund of Central Indiana Community Foundation.