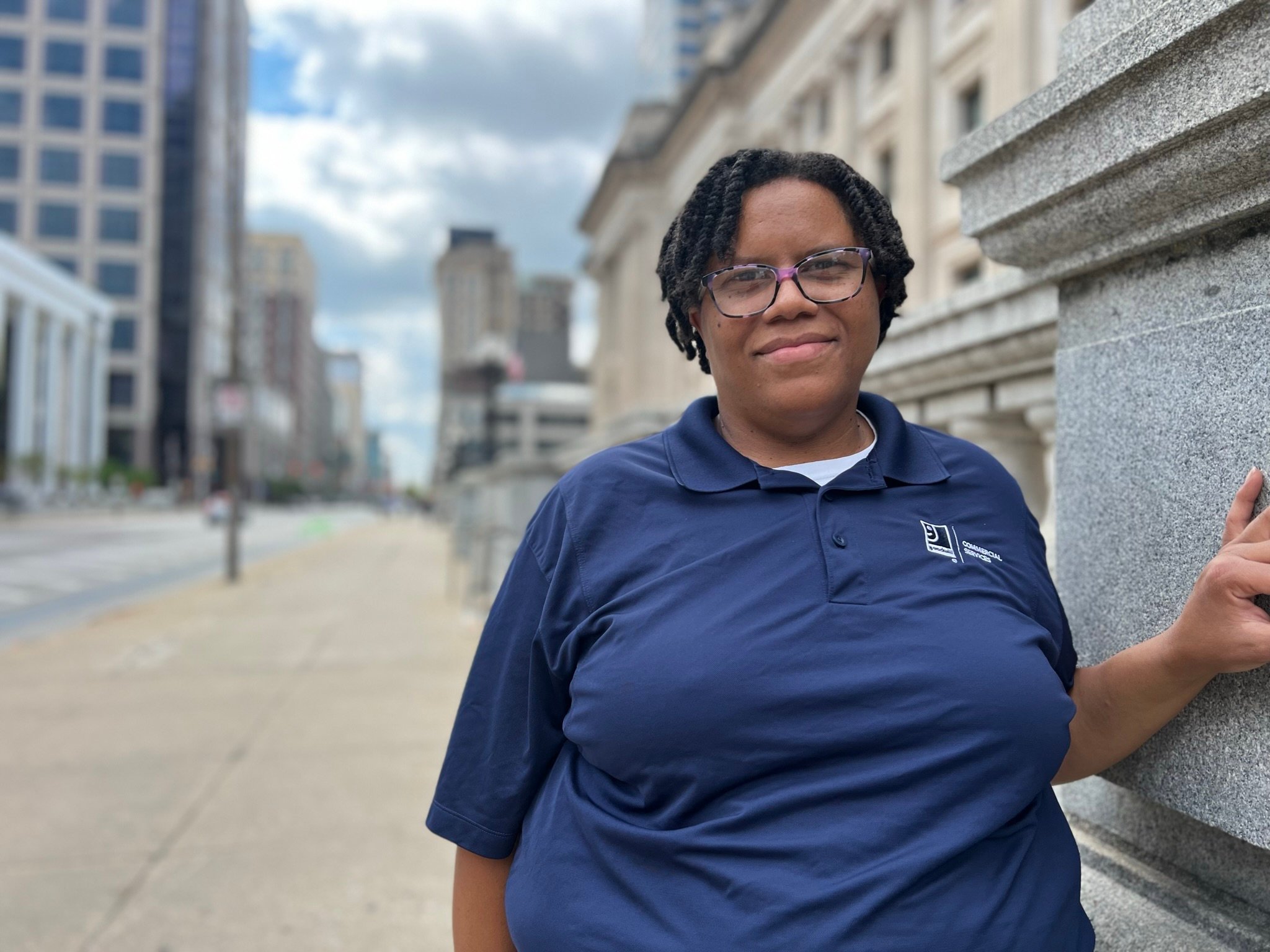 For more than 35 years, Goodwill Commercial Services has provided high-quality janitorial services to central Indiana businesses and buildings. Through our AbilityOne program, Goodwill employs over 125 Hoosiers who are blind or have other significant disabilities.

For individuals like Kristie Egbeweli, the support and accommodations provided by AbilityOne make a world of difference in the path toward social and economic independence.

Before joining Goodwill’s Commercial Services team in 2012, Kristie experienced many obstacles to finding a full-time job. After nearly a year of applications and interviews with no response, she found work at a hotel but was constantly reprimanded for her slow pace, and supervisory staff were not understanding of her disability. Ultimately, Kristie knew she needed to find a new employer.

“I struggle with depression and the problems I had finding a job made it even worse,” said Kristie. “I wondered if I was ever going to find a good job or be able to support myself. I didn’t want to depend on my family so much.” 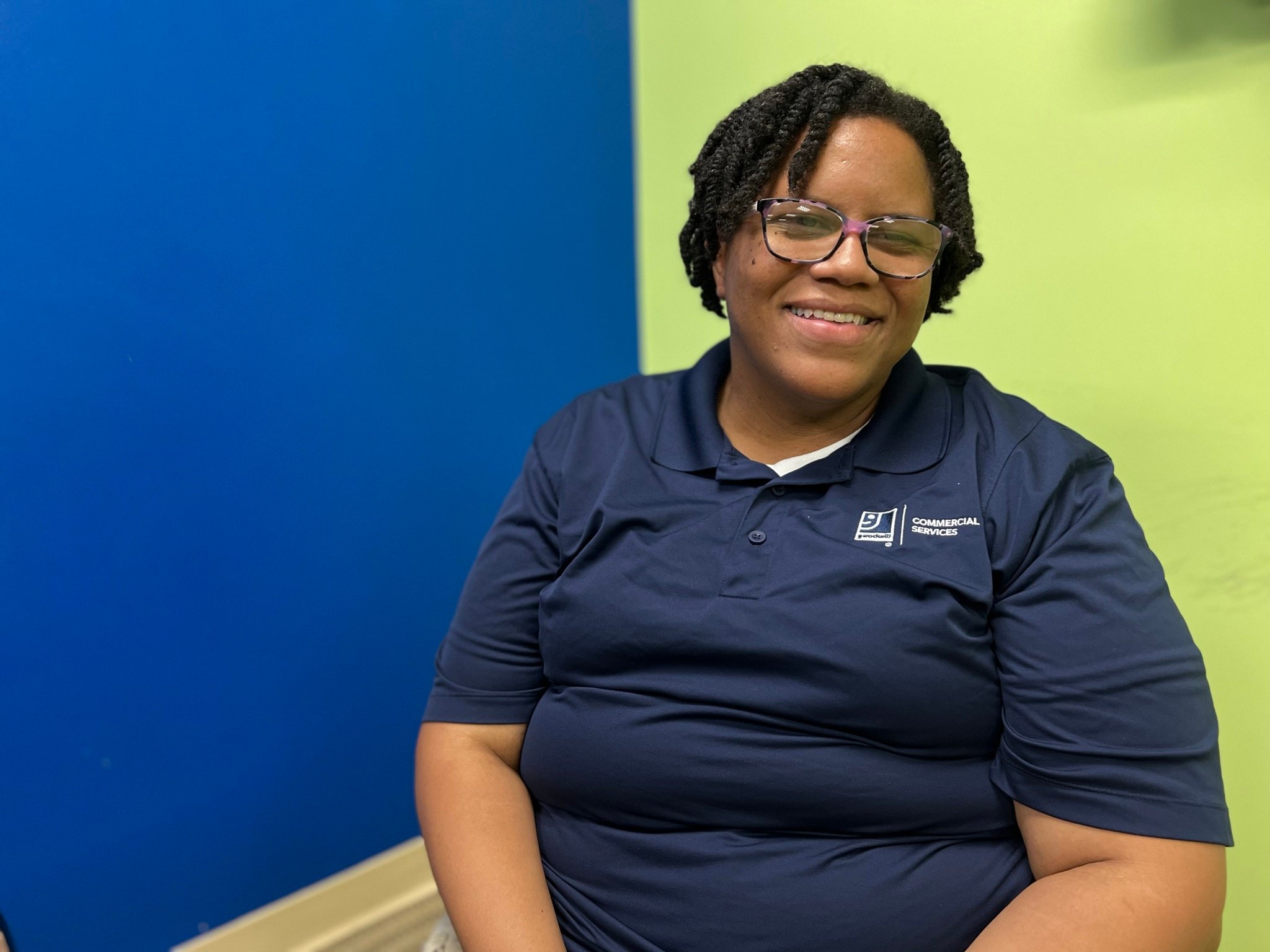 Through a group therapy program, Kristie was introduced to Goodwill and encouraged to apply for an open janitorial role at the Emmett J. Bean Federal Center through AbilityOne. Unlike her previous experiences, Kristie soared through her interview and was offered a role shortly after.

Kristie soon established herself as a hard-working and reliable member of the team. Her perceived slow pace was never a problem at Goodwill, with supervisory staff who were understanding of her barriers and provided proper accommodations. Over time, she began to take on more duties and responsibilities – serving as a back-up shift lead floater for various tasks. In late 2021, after undergoing additional training and certifications, Kristie was promoted to a Team Lead position at the Birch Bayh Federal Building.

In addition to her career growth, one of her greatest personal achievements since working at Goodwill has been her ability to open up and connect with her colleagues. In the past, social anxiety made it difficult for Kristie to even strike up a conversation in the breakroom. Through a developing confidence and supportive work culture, she has not only made a few friends, but was even invited by a colleague to her first ever party – a moment that really stood out to her.

“Even as a kid I struggled to communicate and didn’t have many friends,” said Kristie. “Then one year, a woman I worked with invited me to a Christmas party she was hosting. We just had dinner together, played cards and watched TV but it was really nice. I was actually having fun being around other people. That’s one of the things I like most about working here – everyone is always nice and makes me feel comfortable.” 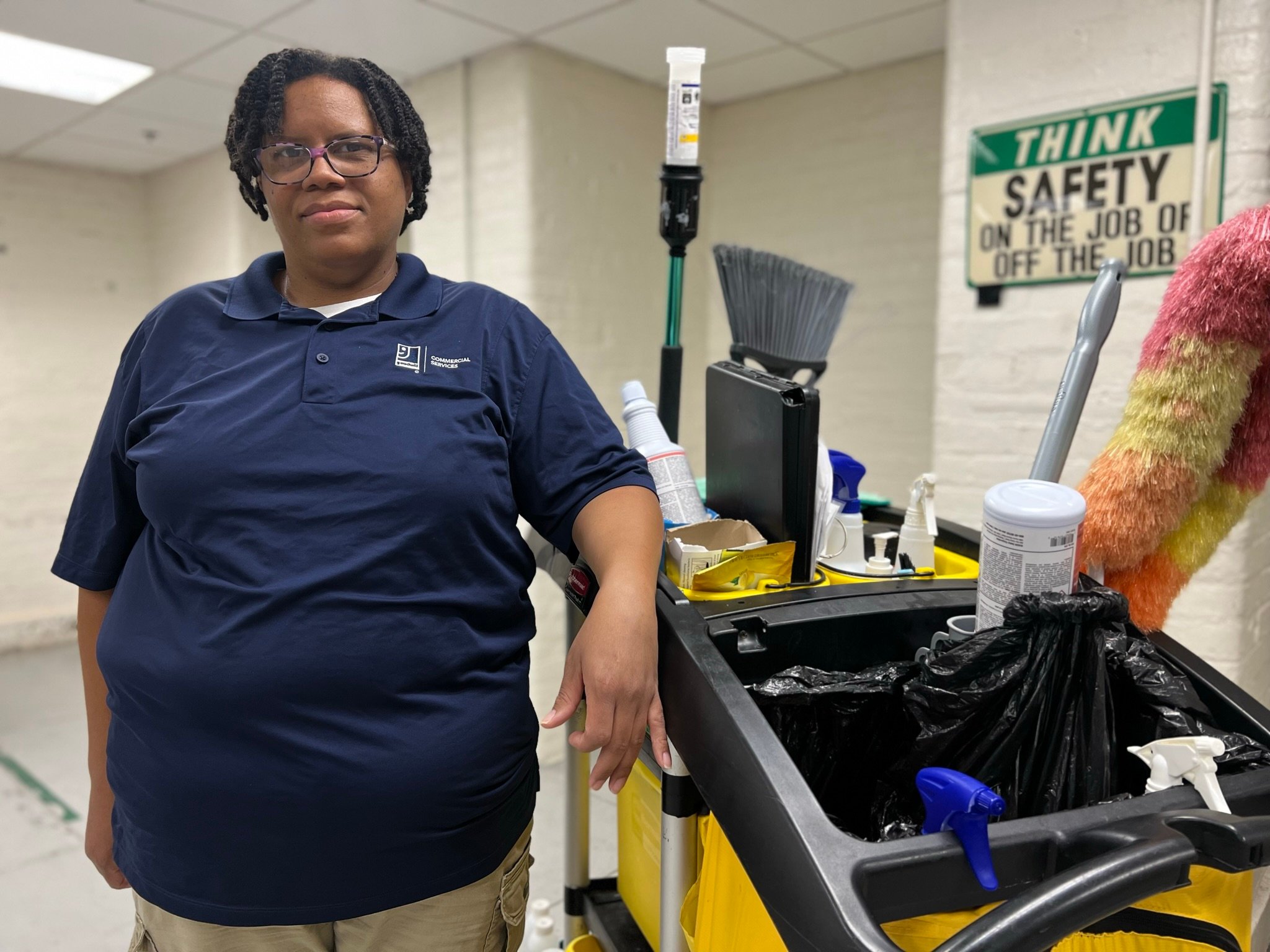 Later this month, Kristie will celebrate 10 years of employment with Goodwill – an employment milestone she wasn’t sure she’d ever reach. She is also supporting herself and living on her own. Kristie was even recently selected as a representative of Goodwill of Central & Southern Indiana for SourceAmerica's Grassroots Advocacy Conference where she was invited to share her story with legislative staff in Washington D.C.

“I know I just want to be seen as a normal person. Since working at Goodwill, a lot has opened up to me. I’m less afraid, more open and just happier.”