Two years ago, if you had asked April Williams if she thought she would ever graduate high school, the answer likely would have been “no”.

As a child, April’s home life lacked stability, and she was withdrawn from school in the third grade. Even at a young age, however, her desire to learn never faltered. Without access to a formal education, she and her siblings would often role-play as a way to continue developing basic social and cognitive skills. During this time, April often used her creativity to help her persevere, finding comfort in drawing.

“When you are a child, sometimes the only thing you want to do is escape. You think of any way you can create outlets to build your own fantasy,” April said.

As a result of her past traumas, April also struggled with severe self-esteem issues. In 2016, April met her significant other who encouraged her to push through these and create a five-year plan for herself. Developing goals and a plan to achieve them helped give April the courage she needed to return to school. She soon enrolled at The Excel Center® — Goodwill’s high school for adults. Though she still struggled with the fear of judgment for returning to school at 25 years old, April did not let that stop her. In fact, she found comfort and safety in her network of Excel Center staff and peers.

“When you have other people who are experiencing similar barriers, you feel empowered to work through the tough stuff,” April said. 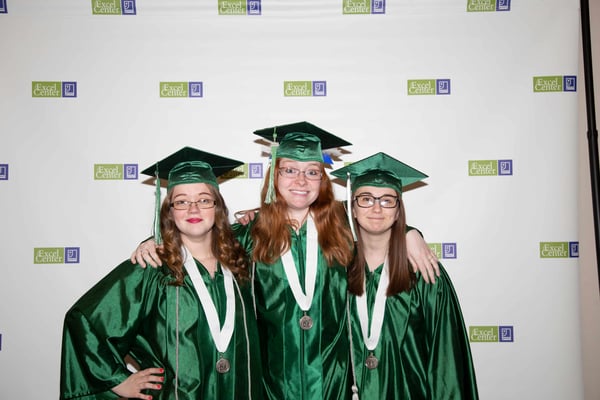 While she still struggled with her math classes, April credits the school’s system of support for helping her achieve her goals. Though a typical class week runs Monday - Thursday at The Excel Center, she utilized the free tutoring days every Friday to stay on top of her studies and pass her classes.

“Support from the staff at The Excel Center was incredible,” April said. “The curriculum was really good, too.”

Now a graduate of The Excel Center, April plans to use the free college credits she earned to attend Ivy Tech Community College — and eventually Purdue University — to pursue a degree in Studio Arts & Technology. Her ultimate goal is to build a career out of her creativity through animation and game design. In the meantime, April continues to work with her Goodwill Guide — a free career and life coach provided to students — to apply for financial aid and develop a path for personal and educational success.

“My Guide is not only an amazing support for college and career readiness but also has been an asset in supporting my personal issues as well,” April said. “When Kelsey reaches out to ask how my day is, I know that someone cares about my future.” 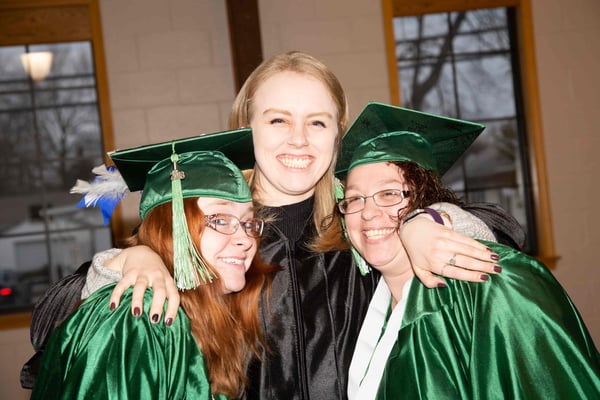 With tears in her eyes, April’s advice for anyone considering returning to pursue their high school diploma is that “There is no such thing as I can’t do it. If you believe in yourself, you can achieve your goals by working hard and continuing to put one foot in front of the other.”

April is passionate about education for herself and others. While April’s journey has not been easy, she now believes in herself. We here at The Excel Center believe in her, too.