Discovering My Path at The Excel Center 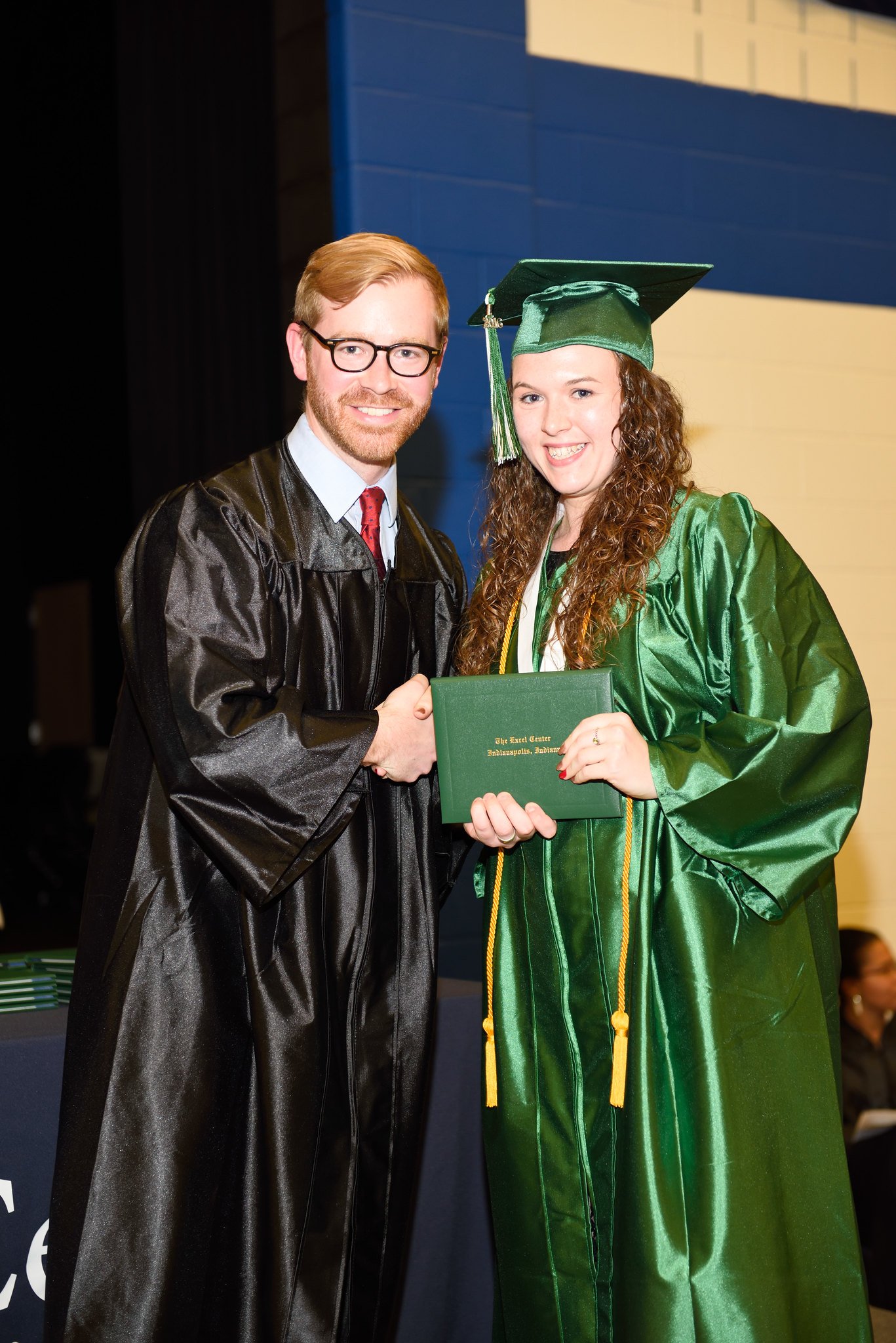 In 2015, Rachel Dell had just moved to Indianapolis from her hometown in rural Georgia and was looking for a new lease on life.

Growing up, Rachel struggled to find a solid path for herself. Homeschooled alongside her six siblings, her environment lacked both the structure and resources that she needed to keep up with her coursework. Over time, she found her grades slipping.

“I’d fallen so far behind that it felt like I was never going to be able to catch up,” Rachel said. “I didn’t have any goals for myself after high school and it just seemed pointless to continue, so I didn’t.”

Over the next few years, she worked odd jobs to make ends meet – first assisting her father at a local pecan farm and later as a part-time nanny. However, she continued to feel lost and without a path toward self-sufficiency. Ultimately, she found herself in the midst of some personal turmoil. When she was offered the chance to move to Indianapolis and stay with her sister, she jumped at the opportunity.

“I was being offered the chance for some structure and to get my life back together,” Rachel said. “I knew that if I wanted a decent job, I had to have a diploma. I was introduced to The Excel Center® and could finally see myself pursuing a career and not just working for minimum wage at whatever job I could find. I was excited to take the next step.”

Having been homeschooled since first grade, Rachel was unsure of whether she’d succeed in a classroom setting. She’d always found it difficult to stay focused and disciplined in her previous school work. However, The Excel Center’s small class sizes, accelerated courses and individualized approach to education made all of the difference. Not only was Rachel passing, she was thriving – earning A’s and achieving top test scores in several subjects that she’d previously struggled with.

“I had wonderful, absolutely fantastic teachers. They could tell I cared about my schooling and were willing to challenge me but also step in to help where I needed it,” Rachel noted. “The integrated courses also made a big difference in my learning. The Excel Center combines subjects like grammar and literature into one course, which allowed me to see how the lessons in one subject had real-world application in another. It suddenly made so much more sense. I’d just never had anyone explain things to me like that before.”

Within a year, Rachel had earned all of her necessary credits to graduate and was able to walk across the stage in her cap and gown in spring 2016.” She continued her education at Ivy Tech Community College, pursuing a degree in respiratory therapy. Though encouraged to apply for multiple hospitals and programs, Rachel had her heart set on working in neonatology. As graduation loomed near, she took a leap of faith and applied for a highly competitive role at Riley Hospital for Children at IU Health. Just hours after completing her interview, she received a job offer.

In February 2021, Rachel achieved her goal of moving from general pediatrics to the Neonatal Intensive Care Unit where she currently works as a Registered Respiratory Therapist (PRN). Reflecting on her professional and personal journey, she credits The Excel Center for giving her the boost she needed to succeed. 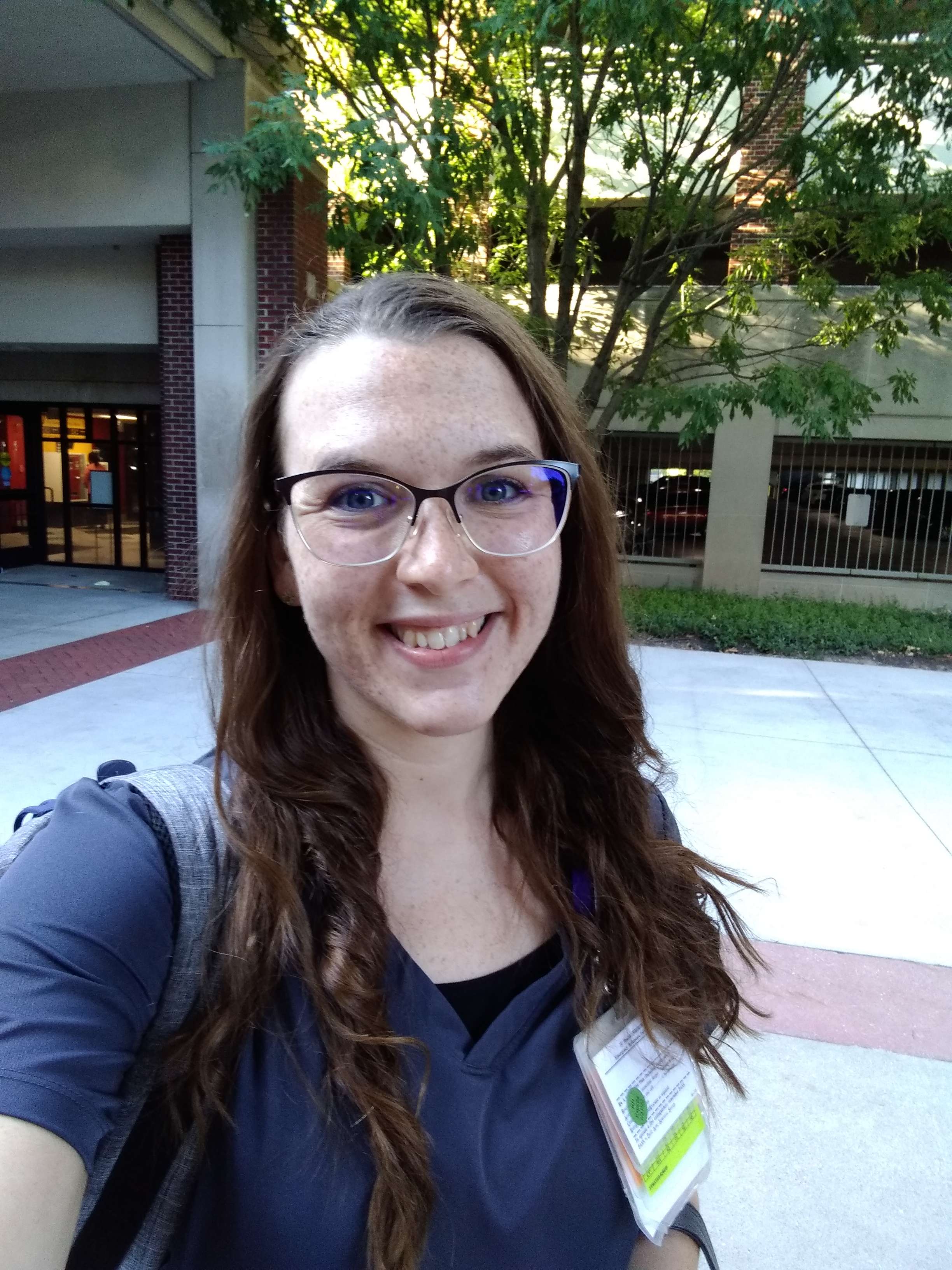 “I never felt like I could take a breath, take a vacation, or that I was worthy of the type of life that I saw for myself. The Excel Center gave me confidence and opened my eyes to the fact that I was fully capable of achieving the things I wanted. If you’re thinking about going back to school, just do it. No matter how hard you think it will be, enrolling might be the single most important step you ever take for your future.”

The Excel Center is now recruiting new students. If you or an adult you know is interested in earning their high school diploma, visit excelcenter.org to learn more and to enroll.