The Land of Dreams Leads to a Diploma

Coming to the United States from a different country can present many obstacles but also opportunities. For Dior Thioune, 30, one of her opportunities was education.

Dior is originally from Senegal, West Africa, and was 15 years old when she stopped attending high school. Culturally common, Dior was married and had her first child at that time.

“I couldn’t keep up with school and family. It was too much for me,” Dior said. 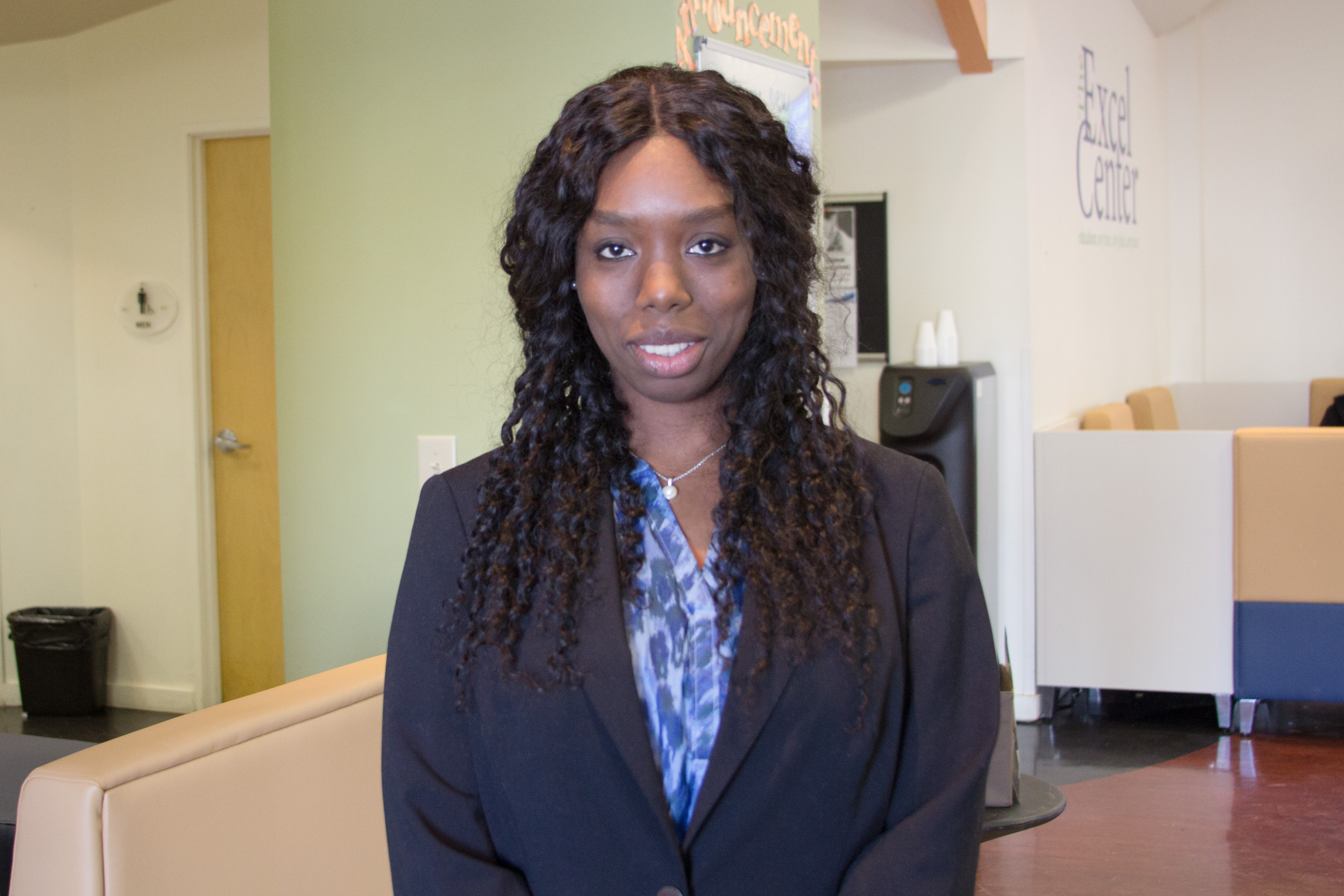 Her husband moved to the United States for work and Dior, with their two children, joined him in 2007. Ten years later, the family had grown to four children, ages 7, 9, 10 and 14.  Since they were all school-age, Dior saw this as a perfect time to return to school.

“I was a stay-at-home mom, and all of my children were in school. A friend told me about The Excel Center, and I wanted to go back to school to do something for myself — to make myself better,” Dior said.

In 2017, Dior enrolled at The Excel Center®, Goodwill’s high school for adults, with zero credits. She says her biggest struggle is not speaking English as her first language.

“I speak Wolof and French and taught myself how to speak English by watching television,” Dior said. “The teachers made me feel comfortable enough to ask questions and not be afraid to ask what certain words meant if I didn’t understand.”

The Excel Center was quite different from Dior’s school in West Africa.

“The classes were always very full back home and teachers weren’t able to give a lot of help,” Dior said. “At The Excel Center, you receive more attention from teachers and extra help is available, even on Fridays when there is no school.”

Dior’s primary motivation to return to school was her children.

“I know that my children look up to me, especially the girls,” Dior said. “I wanted to show them that they can do whatever they want. They can do things for themselves and do what any man can do.”

Dior encourages others who may have different native countries to consider returning to school if they need a diploma.

“Do not be embarrassed or scared. It doesn’t matter how old you are or where you are from,” Dior said. “They don’t call the United States the land of dreams for no reason. You can become whoever or whatever you want to be.”

Dior is expected to graduate in June 2019, and she plans to pursue a certification in healthcare. After graduation, she hopes to fulfill her lifelong dream of working in a hospital.


To learn more about The Excel Center, visit excelcenter.org.