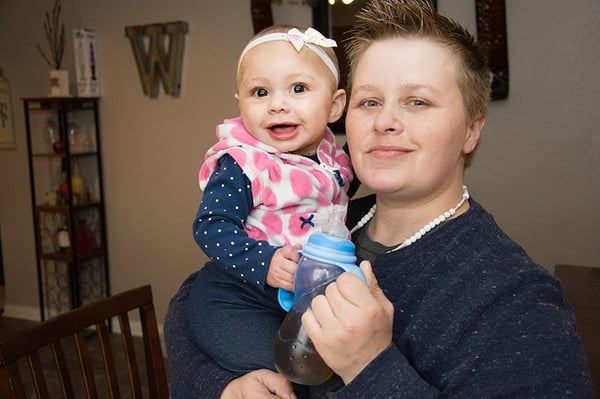 Looking back, Christina can see the evolution of her drug abuse. It began with casual use as a teenager and escalated in the years following turning 18. That’s when she was released from an Indiana Department of Correction juvenile facility—then known as the Indiana Girls School.

The following years were hard. She had a series of low paying jobs and lost them. She was homeless, living off the generosity of friends who let her sleep on their sofas. Then at 21 she got a good paying job at a Verizon call center in Anderson. But next would come more drugs and more bad decisions. There were some periods of sobriety and jail time.

“When you’re doing heroin like I was, you’re always thinking, ‘I’m going to get clean tomorrow. I just don’t want to be sick tonight.’ But the reality is, you’re going to be sick tomorrow anyway,” she said.

Christina was two months pregnant when she was arrested for drugs in 2017. That’s when another pregnant friend at the Marion County Jail told her about Goodwill’s Nurse-Family Partnership.

Ginny Cushman-Wood, nurse home visitor, began meeting with Christina after her release from jail, while she was living at Simply Divine, a drug-free transitional housing program in Indianapolis. Christina’s daughter was born in the fall of 2017. 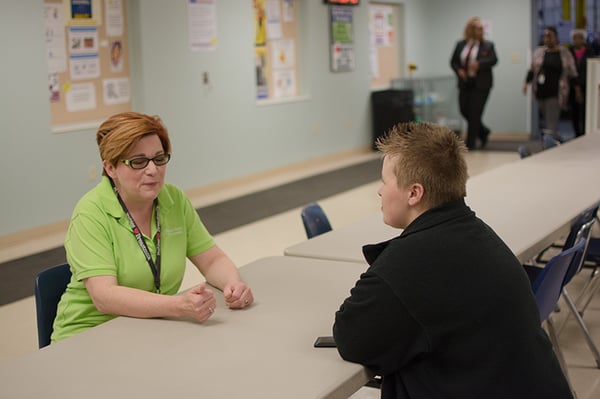 Christina ticks off a laundry list of the many ways Ginny and Andrea Voisard, NFP Guide, have helped her. In addition to one-on-one home visits through Ginny, Goodwill’s NFP provided many wrap-around services.

“They have been a godsend to me. They’ve helped me with doctor’s appointments, scheduling things, gave me vouchers from Goodwill for clothes and made sure I had bus passes to make appointments. They even brought me groceries when I was living at Simply Divine. They helped me find daycare for Kalea so I could work,” she said. 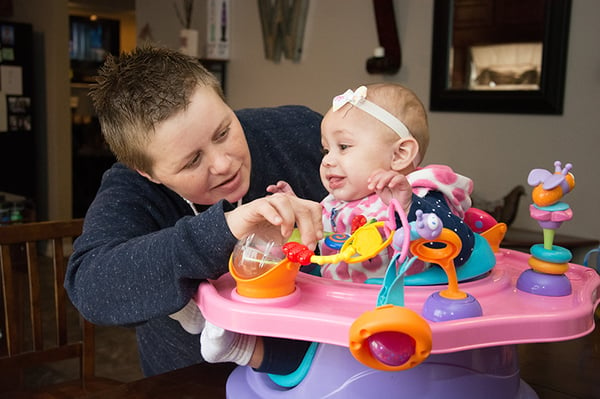 “Christina was determined to get clean and take a different path. She’s definitely a hard worker and an awesome mom. She’s focused on her future and her family. She and Kalea make me hopeful,” said Ginny.

She’s currently working at Goodwill’s Commercial Services, a division of Goodwill that contracts with businesses for outsourced manufacturing and packaging projects. She and Kalea have a stable living situation with her brother and his family. 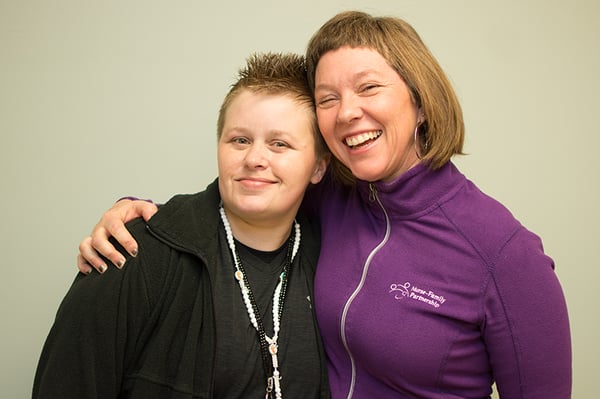 Christina’s next goal is to start classes at The Excel Center®, Goodwill’s tuition-free adult high school. She wants to get her diploma and thinks someday she’d like to work with children.

“A lot of younger kids are starting to use drugs; I’d like to do something to help them. Or maybe work with kids in and out of the juvenile system. That was once me, so I can relate. I think Goodwill is amazing for people who are trying to get their lives together. If someone really wants it and puts effort into it, they can succeed, and Goodwill is there to help,” she said.