It was never Nyla Wills’ intention to drop out of high school, but when her mother was diagnosed with Crohn's Disease, she had no choice. She left school during her sophomore year to help provide for her family. On top of her work schedule, Nyla spent a lot of time caring for her siblings.

Once her cousin started attending The Excel Center®, she encouraged Nyla to follow in her footsteps. Nyla was impressed that her cousin had the opportunity to graduate early and earn her Pharmacy Technician certification — all at no cost. Inspired by her cousin’s successes, Nyla decided to enroll. Immediately after she started taking classes, she felt a burden had been lifted off her shoulders. She no longer had to worry about how or when she would finish high school. She was even able to transfer eight of her previously earned credits to The Excel Center.

“I love the teachers at The Excel Center,” Nyla said. “They got me right back on track to graduate.”

At The Excel Center, Nyla served as student council president. Through the student council, she was able to volunteer with Habitat for Humanity and feed the homeless. Nyla appreciates the memories she created while working with the student council. In this leadership position, Nyla was also able to mentor another student and assisted him on a shadowing opportunity for his dream job. 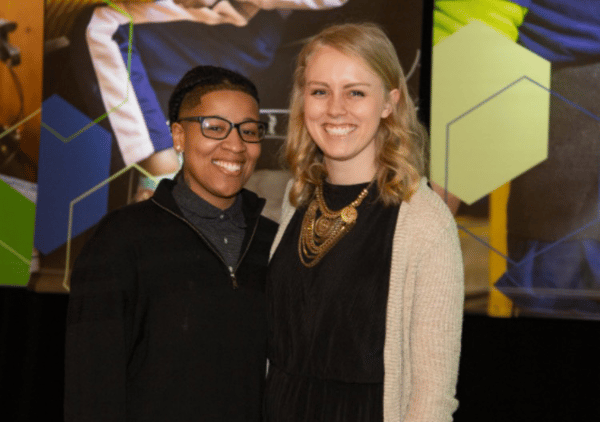 Nyla’s favorite memory from her time at The Excel Center was a random act of kindness. One of her teachers knew that she loved to read. After a short conversation about what was on her reading list, he gave Nyla two books that she wanted but could not afford. Grateful for the gesture, Nyla credits him for giving her the opportunity to read life-changing books. Moments like this made her feel at home at The Excel Center.

Nyla attended The Excel Center for a year before graduating in 2018. She was also able to earn free dual credits, preparing her for a smoother transition into college. She is now studying psychology at Ball State University.

“I want to help The Excel Center as they helped me,” Nyla remarked.