Corey Starks joined Goodwill Commercial Services nearly 11 years ago as a janitor, and within his first year of employment, he was promoted to backup Team Lead. Due to his success in this role, he secured a floater position that required him to learn many new job responsibilities.

"Corey has a can-do attitude about every project, said Chris Borsch, Corey’s supervisor at Goodwill. “He is the first to volunteer when needed and cares deeply about doing quality work.”

Despite limited reading and comprehension skills, Corey is eager to learn. Since joining Goodwill, he has earned an advanced certification from the Cleaning Management Institute (CMI) and plans to earn more.

“Corey works hard to overcome any challenges placed in his path and is one of our most trusted employees,” said Chris. “I am so proud that I get to work with him." 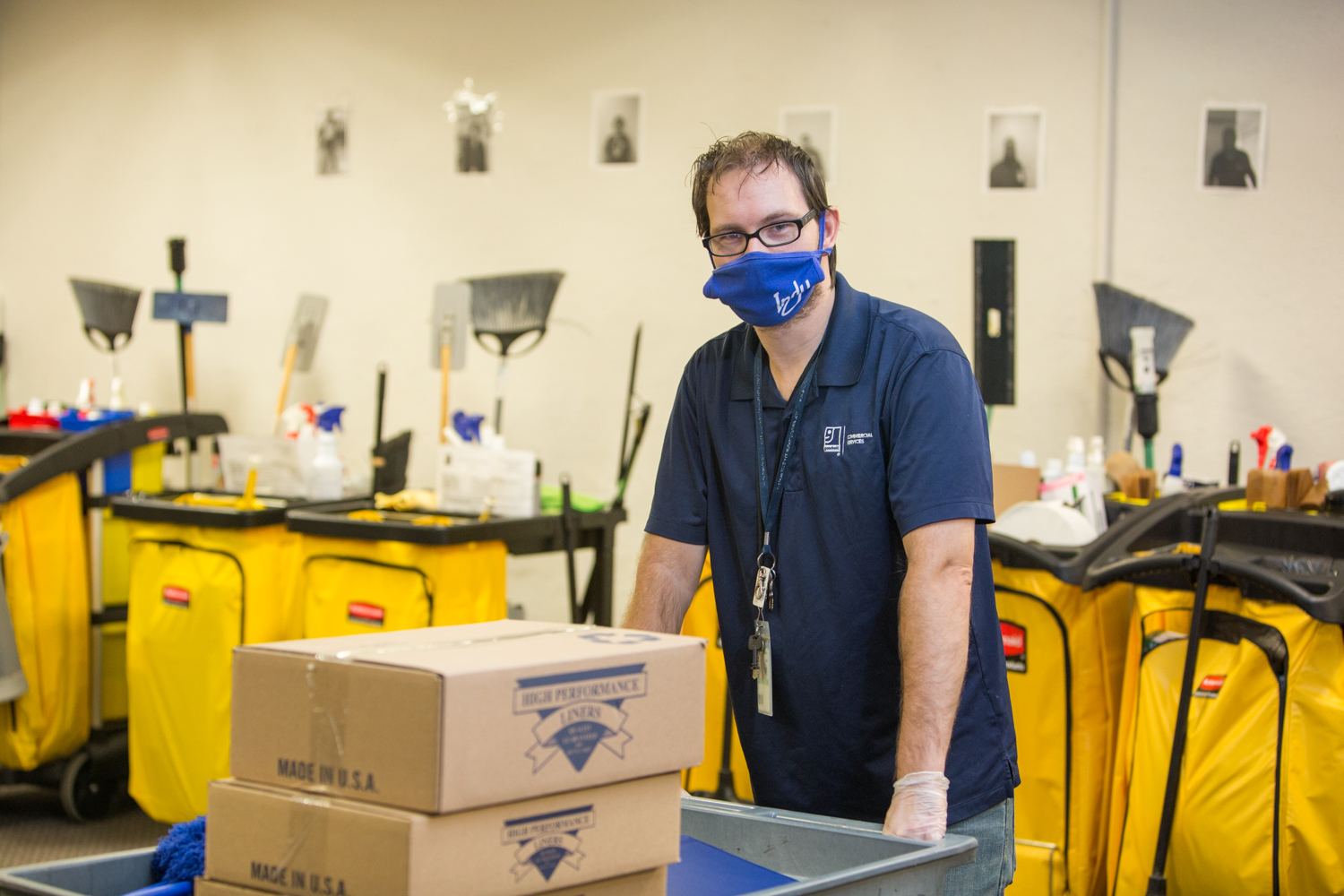 His mastery at his job resulted in a promotion to Team Lead. He now leads a team of three employees and acts as an interim Team Lead in the area he previously worked in. Corey has learned his new role through keen observation and by applying his own experiences to his leadership skills.

In addition to pursuing his professional goals, Corey has also achieved a big milestone in his personal life. He recently moved into an apartment, where he now lives independently for the first time in his life, after previously living with family.